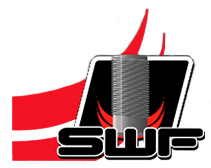 Thanks for visiting Stud Welding & Fastners. If you have any questions on a product or service, please contact us and a member of our team will respond in a timely manner.

Work with the premier stud welding company in the Southeast

Don’t trust your project to just anyone. Discover the difference that years of experience, attention to detail, and commitment to excellence can make.

With numerous years under our belt, we offer a mix of stud welding services to clients across the nation which include job site stud welding and stud welder rental.

In 2008, Elrod purchased an old genset and stud welder from an erector out of California and hit the road.

Elrod quickly developed a reputation for his willingness to go above and beyond for his customers and being accountable for his work.

He coined our motto, “Our Word is as Strong as our Weld!”, because of his dedication to his work and sincere concern for his reputation.

You'll go a long way if your customers see that you give a damn.

After shooting millions of studs in the field, Eric Elrod now trains his crews to do it like he did.  With 5 Tru-Weld Dual Gun Gensets run out of an 8,300 sq ft headquarters, we have the capacity to handle multiple jobs at once.

Elrod Stud Welding has come a long way, all thanks to our loyal customers.

Our crews are told that to be the best, you have to act like it. We are proud to be the best at the most physically demanding job on any commercial construction site.

With millions of studs shot in the field, Elrod Stud Welding is ready to mobilize to your job site or shop.

Elrod Stud Welding is the Southeast´s premier Field Stud Welding Company. TDOT and GDOT certified and fully insured. Let us show you how much pride we take in our work.

Need to rent a stud welder? Stud Welding & Fasteners has the right stud welder for your application.

Call or use the quote form and tell us about your application. Some of the questions we’ll ask are:

We will make sure we outfit you with the right equipment at the right time. Keep in mind, we also have a job site division so we use this equipment as part of our daily operation. At the end of the day, rest easy knowing you are in an experienced set of hands that will make sure your job goes well at every stage.

Also, if it is applicable to your project, we can quote the stud welding installation for you. Whether in the field or in the shop, we can handle any project.